×
Go to content
Jim Meuer
Your Oahu Property Expert
Aloha!
For over twenty-five years, Jim Meuer has provided dedicated real estate expertise to his clients in both California and Hawai’i. Jim’s level of experience and familiarity with both the global and local market is a guaranteed competitive edge. His insider knowledge of both Honolulu and East O’ahu neighborhoods is ideal for those looking to buy or sell in those areas. His fondness for collaboration with people is palpable through past accomplishments holding an East O’ahu Regional Division board member position with the Honolulu Board of Realtors and as an Aloha ‘Āina REALTOR® nominee. Jim’s approach towards a successful journey is of great value as he is consistently reachable and promises honest communication every step of the way.
Before his tenure at Pacific Image Properties, Jim was previously contracted at another local brokerage where he served positions in sales, training and marketing for nearly fourteen years. As an avid investor, Jim also has the perspective of what the process is like as a buyer and can relate to the hopes and concerns clients may have. As the former President of Joseph French Marketing, Jim knows how to be leader and take charge of situations in which critical decisions must be made. Born in Wisconsin and having previously lived and worked in Orange County and Palm Springs, California, Jim has resided in Hawai’i since 2005. One of the things Jim loves most about his extensive real estate career, is learning about and appreciating all of the various types of architecture the island hosts. Being a REALTOR® is just one of the many titles Jim has. Ask him about his roles as a yoga/meditation teacher, video game software developer, engineer, inventor, and house flipper. A lover of going on adventures and overcoming challenges, Jim has previously run for Congress against Sonny Bono, appeared on two seasons of Robot Wars. 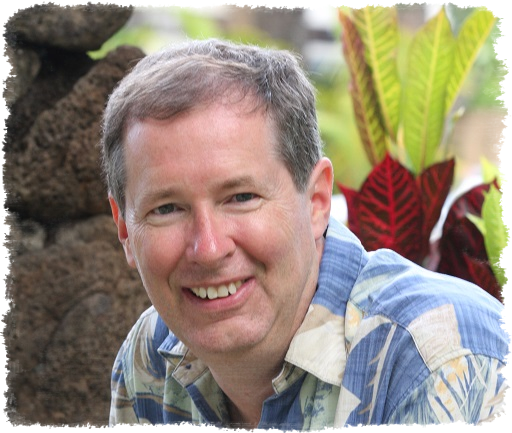